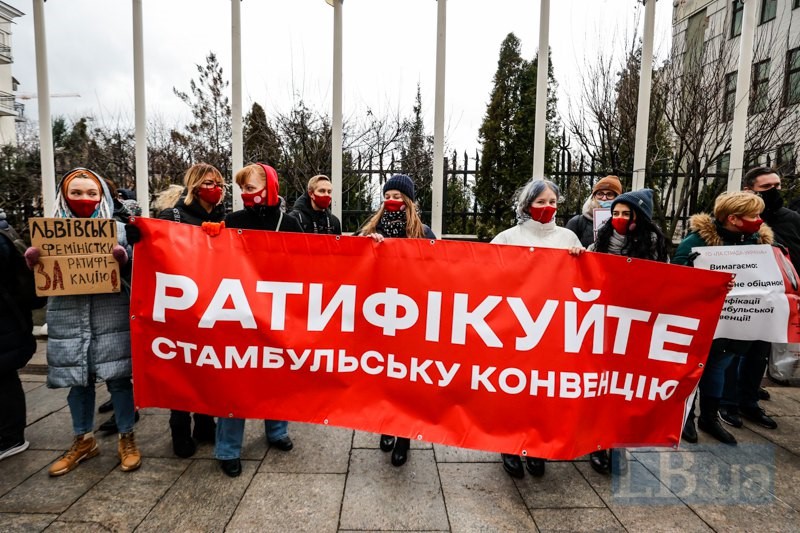 On June 20, the Ukrainian parliament promulgated the Law of Ukraine “On the Ratification of the Council of Europe Convention on the Prevention of Violence against Women and Domestic Violence and Combating These Phenomena.” Accordingly, Ukraine became the 36th country to ratify this convention after Moldova.

Why is this decision so important for the development of Ukrainian legislation, since the debate on the adoption of this normative legal act has been going on for more than 10 years?

But, regardless of all the above-mentioned advantages of adopting the Istanbul Convention in Ukraine, 254 people voted “pros”, others either simply abstained, or voted “against” appealing for various reasons. Calls to vote “against” spread in social networks and private SMS, the argument for such a decision was as follows: (ISTANBUL CONVENTION: PLEASE VOTE AGAINST! The Convention does not address the issue of preventing domestic violence. It encroaches on the rights of parents to raise children. Ignores the main cause of physical aggression in everyday life – alcohol. More than 100 local councils of Ukraine have already voted CONS its ratification).

The Rada Tserkovna also made public its negative vote, because on the eve of the vote, a statement was published, which talks about the fact that this normative legal act distorts the consciousness of the young generation regarding their sexual identification. In contrast, human rights defenders point out that it is not worth condemning or even criticizing representatives of the church for such a position, because the church mostly advocates conservative views and age-old values. Also, the reasons for the church’s negative attitude towards the convention include the condemnation of the “obligation to teach children non-stereotypical gender roles (Article 14)”, which may threaten the younger generation’s misunderstanding and distortion of their sexual identity, the spread of cases of gender dysphoria (although medically it has been proven that “gender dysphoria” is not a disease). (The Istanbul Convention does not protect women from violence. In many countries that have adopted the convention strategy, the percentage of violence against women is very high).

A part of the hall that expressed its “cons” during the ratification of the convention appealed to the incorrectness of the use of such a term as “gender”, which, in their opinion, can stand in the way of traditions and values, the established image of the Ukrainian family. In contrast to this remark, supporters expressed the following words:

“For Ukrainian legislation, the word “gender” is not new, because it appears in national legislation more than a hundred times. An example is Article 2-1 of the Labor Code of Ukraine, which prohibits discrimination in the field of work regardless of gender and GENDER identity, sexual orientation and a number of other characteristics”;

“The most important thing that the convention introduces is the concept of “gender”, and I would like each of you to understand that this is not just established equality between men and women and is not even about violence, it is about something else entirely…”;

“Unfortunately, in Ukraine, as well as in some other countries, this issue, for inexplicable reasons, began to be distorted and even spread the idea that it is simply LGBT propaganda or is simply a distortion of children’s education in schools, etc. No, it’s not true”.

So, unfortunately, modernization always goes against traditions, in turn, the opinion of the younger generation will always differ from established traditions and stereotypes, which is why changes in the form of the ratification of the Istanbul Convention have caused a number of discussions. But will our children become happier if girls are reminded (imposed) that a woman should mop the floor and be a dishwasher, and men cannot show their feelings because otherwise they will lose the status of respect?

The project is implemented by the Chernihiv Polytechnic National University and the NGO “Center for Gender Education” together with the NGO “Human Rights Foundation” and is financed by the Institute of Foreign Cultural Relations (IFA) with the funds of the Ministry of Foreign Affairs of the Federal Republic.